Over 94% of voters interviewed during a survey conducted by the Human Sciences Research Council on Election Day indicated that the local government elections in South Africa were free and fair. The Independent Electoral Commission (IEC) remains one of the most trusted institutions in the country with 90% of voters being supportive of them. This is in contrast to the many citizens and voters that have become disillusioned with the functioning of democracy and the performance of political structures in South Africa.

GeoScope SA, a sister company of AfricaScope SA, provided technical assistance to the HSRC in the conducting of the Election Satisfaction Survey (ESS).  GeoScope assisted in providing the data collection technology and hand held tablets for capturing information throughout the day on election day. GeoScope also assisted with the production of fieldwork maps to assist field teams in navigating to the 300 sampled voting stations and to identify the exact facility where the voting station was located (see map below). Using geospatial methods, GeoScope assisted in the quality control of voters interviewed during the survey. 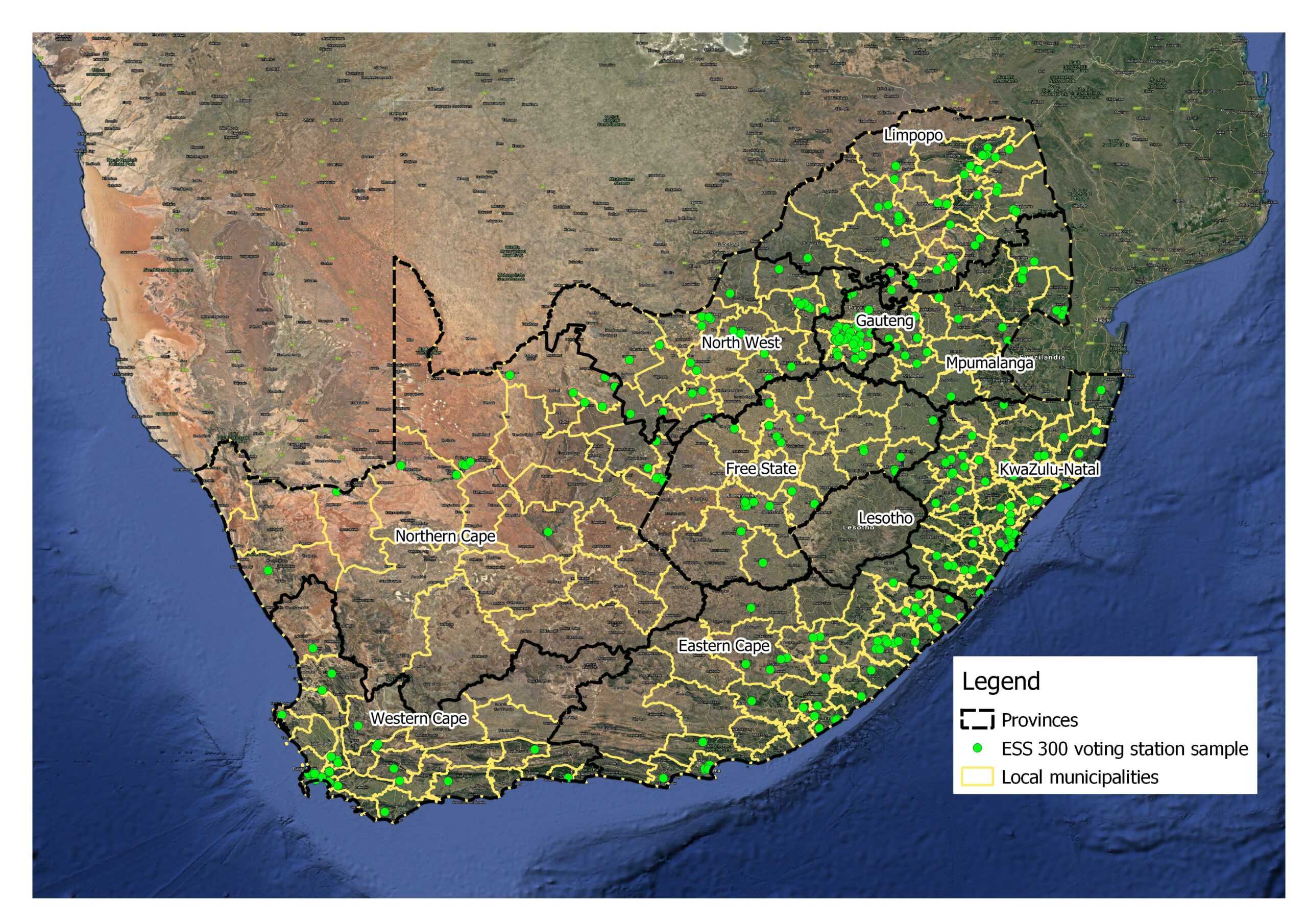 Over 12,000 South African were interviewed in four blocks of time on Election Day ensuring a nationally representative sample of voters. When it comes to the efficiency of the election process, 68% of voters said that it took less than 15 minutes with more than 96% saying that they were satisfied with the instructions, signage and voting procedure at the stations. What was interesting to note is that close to 2/3 of voters indicated that they had made a decision more than six months before Election Day on which to party to vote for. Most voters were happy with the perceived secrecy of their vote on Election Day, safety and security at the voting station and political tolerance during the election campaign.