Crime is a major problem in South Africa and citizens should have the right to live without fear, being threatened or abused and being robbed or murdered. Although there are many loyal and hardworking members of the SAPS, the police are generally unable to protect most citizens from crime, which is of significant embarrassment to many of them. In conversation with Dr Chris de Kock, former head of the Crime Information Analysis Centre (CIAC), retired SAPS Brigadier Eben McClaren and Craig Schwabe a geospatial specialist focusing on crime research in South Africa, Jannie Pelser of Radio Pulpit posed this question - “is it the responsibility of the SAPS to protect South African citizens from crime and are they fulfilling this role?”.

Crime has become engrained in the South African way of life.

During the lockdowns associated with COVID-19 there was a “damming” of crime. Now that the lockdowns are beginning to open, there is a high likelihood that South Africa will experience a flood of crime, back to the high levels experienced before the Covid-19 pandemic started. The crime levels for the 1st quarter of 2021/22 are showing an upward trend across all crime types, especially sexual, drunk driving, cash in transit robbery, truck and carjacking, to name just the top 5 highest quarter-on-quarter increases. The situation with crime in South Africa remains dire especially in relation to violent crime where there is six times more murders than the global average. An emerging trend is the concentration and entrenchment of crime in the townships of South Africa.

Crime levels post 1994 to 2001/2002 started to increase especially violent crimes such as robbery, murder, and rape. Then during the period of Commissioner’s Selebi and Cele up until 2011/12, there was an improvement in the levels of crime. From 2012/13 the crime situation in South Africa started to worsen again partially as a consequence of the problems being experienced within SAPS management.

South Africa has always had crime but in more recent decades has seen a steady worsening of the situation. Part of the reason given for this is the change in the culture in the SAPS post 1994 that saw the amalgamation of multiple police forces responsible for national and homeland safety and security as well as military personnel from uMkhonto we Sizwe (MK). This resulted in individuals being allocated responsibilities but them not necessarily having the management capacity or vocation for policing.

One of the direst decisions taken in the transformation of the SAPS was the closing of specialist units such as murder and robbery, rape and narcotics as well as the district commissioner structures. The police within units that had specialist training were sent back to the station level, resulting in many of them deciding to leave the SAPS. A study was done of productivity in the 100 most needy SAPS police stations in about 1995 called Project Lifeline, which showed that it had radically declined. Reasons for this productivity decline were attributed to the infiltration of political agendas, the transformation of power to ensure control by the new regime and many of the individuals not having the capacity as managers or skills to be effective police. The culture in the SAPS had radically changed with members feeling fearful and intimidated.

This created factions in the SAPS that is reflected in the problem presently being seen with the consistent turnover of provincial and national commissioners. This has also entered into key divisions within the police such as crime intelligence and rather than establishing effective intelligence networks, divisions were spying on each other. This resulted in divisions of the SAPS not working in unity with one another. The focus was not on fighting crime in the country but dealing with the strife within the organisation.

Criminals have realised that they can get away with crime in South Africa because of corruption and ineffective policing. It has resulted in the entrenchment of drug related crimes that cannot seem to be addressed. However, there are still many committed police members that continue to try and do a good job within these very trying circumstances within the SAPS.

South Africa is recognised as having one of the highest Gini coefficients in the world. The Gini coefficient looks at income inequality and reflects the disparity within South African society when it comes to many socio-economic factors, such as education and employment. High unemployment levels are a contributor to crime levels in South Africa as has been shown through research done both locally and internationally. However, structural poverty and unemployment is not the only factors contributing to the high levels of crime in the country. 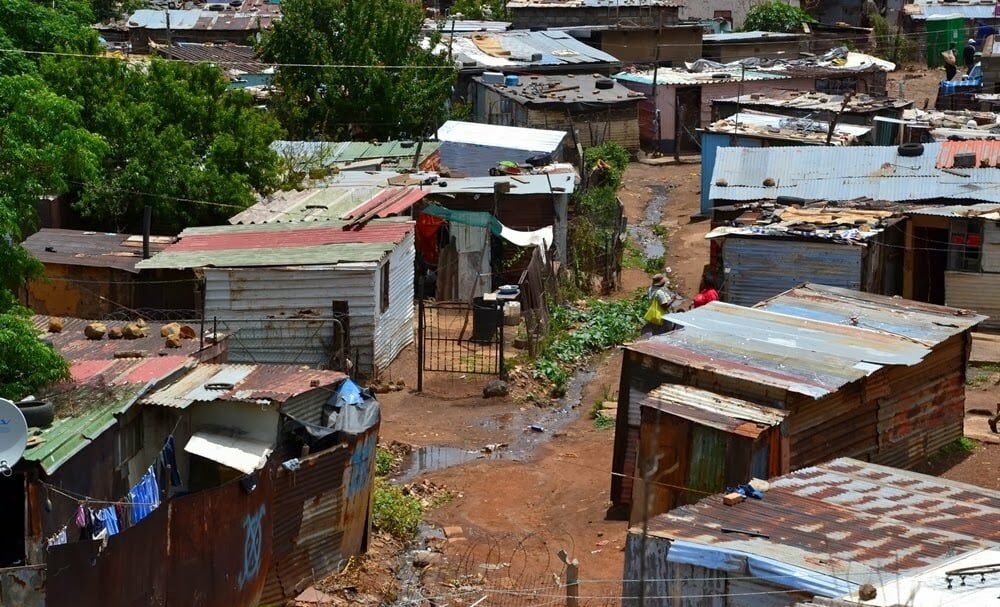 A balanced approach is required of improving efficiencies in policing and addressing the socio-economic problems in South Africa. Effective policing is foundational in establishing an environment to enable the socio-economic development of the country. This foundation is required to address these socio-economic problems, which will take many more years to solve. Research conducted by the Human Sciences Research Council (HSRC) has shown that trust in the SAPS has systematically declined since 1998 with only 34% of the population now believing that they can do what needs to be done.

According to the National Development Plan (NDP) having safe communities is vital to bring about economic development and states, “a safe and secure country encourages economic growth and transformation by providing an environment conducive to employment creation, improved education and health outcomes and strengthening social cohesion”. For this to be accomplished requires access to comprehensive information to develop strategies that will allow the combating of crime in South Africa. The SAPS must also be held accountable in achieving systematic declines in crimes. This cannot be done without an effective relationship with Community Police Forums (CPF), which are presently not operating as effectively as they should.

The situation is that poverty post COVID-19 is most likely to get worse. What is needed is a stable society where there is limited violence, schools are not being stolen brick-by-brick and there is no theft of electricity cables to ensure an uninterrupted electricity supply. High levels of crime discourage investments in the country, such as the July 2021 riots that were experienced. The SAPS and communities must work together to stabilize and reduce the crime situation so that confidence can be re-established in the South African economy and to encourage foreign investment.

The drivers of crime in South Africa are not only poverty and unemployment. Organised crime is very much about greed. Impoverished and unemployed people may commit petty crimes to enable them to survive (eg partaking & trafficking of drugs). When they are regularly able to get away with these crimes because of ineffective policing, it results in them becoming confident in not being arrested and they become committed to a life of crime. This allows them to progress into organised crime and the cycle of criminality in South African society is established.

Political will to address crime in South Africa has waned

Many research projects have been conducted, including a citizens' perception survey of safety in high crime areas conducted in the Gauteng province that provide a clear direction as to what needs to be done to ensure that citizens live without fear, being threatened or abused and being robbed or murdered. The SAPS provides detailed quarterly statistics on levels of crime at a police station level that can be used in combination with other information to develop appropriate strategies to reduce crime. South Africa continues to face many challenges (eg economic, Covid-19, load shedding, riots) and as a consequence, addressing crime seems to have been placed on the back burner. Even before COVID-19, the political will to bring about a reduction in crime had waned. 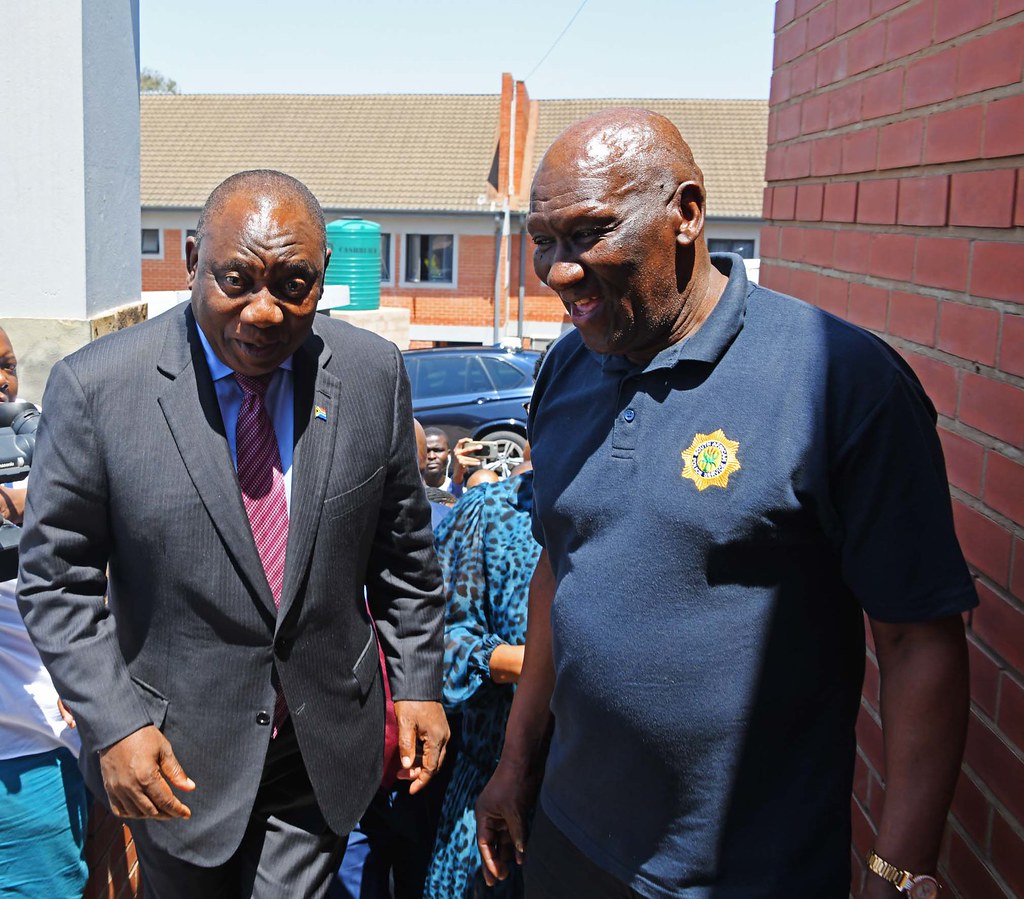 To bring it back into the fore front, citizens must continue to voice their concern to political structures, the CPF’s and the media. The media has a critical role to play, even though it would seem that in recent years, they have become numb to systematically reporting on the extent of the crime in the country. There is also a need to re-establish strong leadership in the SAPS to support the many good policemen and woman that are trying to do their jobs and provide safety and security to the people of South Africa. If many of the points that have been raised in this article are addressed, it is possible for the SAPS to protect citizens and bring about a reduction of crime in the country.

Craig Schwabe is a geospatial specialist and researcher that focuses on the development of geospatial crime information for South Africa. As part of the AfricaScope team he has developed the first free crime statistics web viewer and analysis portal. The portal contains the most recent crime statistics at a police station level for all crime types in South Africa. He has conducted extensive research on crime in South Africa through the use of geospatial and social research methods.As a member of the GIS Centre of the Human Sciences Research Council (HSRC) he assisted the South African Police Service (SAPS) in mapping their police station boundaries for the first time.  He has been an adviser to multilateral and multinational organizations in the development and use of geospatial data in Africa. Craig has published several reports, books, chapters and scientific papers as well as presented papers at a number of national and international conferences.